Omega 3 fish oil benefits have become well known and documented, and thus – people all over the world use fish oil daily. However, it is essential to understand the nature of the supplement  before use, and also for those of you who are doubtful and are novice health supplement consumers.

Alarming Omega 3 Fatty Acid Statistic: the Majority of Americans Are Deficient in Omega-3’s.

If you don’t know already, fish oil contains 2 special fatty acids known as Omega-3 fatty acids – eicosapentaenoic acid (EPA) and docosahexaenoic acid (DHA) respectively. These are both essential fatty acids for human health – both fatty acids are backed up and proven through many different scientific researches.

The problem is the human body does not produce these important fatty acids naturally and therefore, the only way to get them in to our physical system is to obtain them either directly from fatty fishes like salmon, bluefish, menhaden, etc., or  – via certain supplement products…

Out of the above choices, the former method is not recommended anymore due to the presence of toxins and other contaminations in the fishes. Hence, the second option has become more popular and is said to be more beneficial, as there are certain supplements that do not possess any form of contaminates. (Molecularly distilled Omega 3)

We can also go straight for the known health benefits with special capsules and avoiding that – “fishy taste” – common with many brands of fish oil. 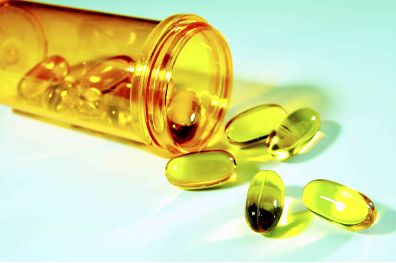 Let’s look at the various Omega 3 fish oil benefits that we can achieve through special supplements:-

The omega-3 fatty acids found in fish oil can also contribute to improved male fertility. Omega-3s are abundant in the sperm and DHA is especially prevalent in the sperm tail and may play a role in sperm motility.

There would appear to be a growing body of evidence to the effect that omega-3 fatty acids can help to prevent the promotion and progression of certain cancers. They stop the alteration from a normal healthy cell to a cancerous mass, inhibiting unwanted cellular growth and causing apoptosis, or cellular death, of cancer cells.

Lets look at some opinions on DHA Omega 3 fish oil benefits from important and valuable sources from professionals in the nutrition field:

“Omega-3 fatty acids are beneficial because they provide fluidity to cell membranes and improve communication between brain cells. Omega-3s also reduce the clotting ability of platelets, thus potentially decreasing the incidence of heart attacks and strokes.

Two very important omega-3 fatty acids are eicosapentanoic acid (EPA) and docosahexanoic acid (DHA). They are found in seafood, especially mackerel, salmon, striped bass, rainbow trout, halibut, tuna, and sardines. In the body, DHA is found mostly in the brain, retina, and in sperm. DHA plays an important role in vision. B) Omega-6 fatty acids are made from linoleic acid, a fatty acid found in vegetable oils such as corn, safflower, cottonseed, and sunflower.

Mayonnaise and salad oils normally contain a great amount of omega-6 fatty acids. Unlike omega-3s, which are concentrated in the brain, omega-6s are found in most tissues in the body. The double bond of an omega-6 fatty acid starts six carbons from the left. Most Americans generally have a much higher intake of the omega-6s than the omega-3s.”

“Adequate levels of DHA are required for proper brain and eye development and function. DHA is important for signal transmission in the brain, eye, and nervous system”. 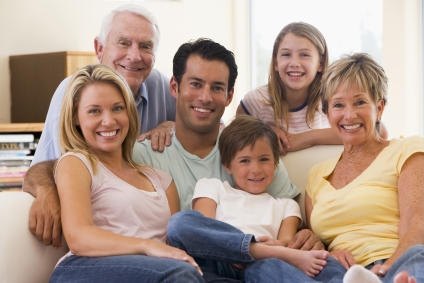 “Essential fatty acids are important in both stroke prevention and during the repair of brain tissue damaged by stroke. The brain is almost entirely composed of fatty acids. The Framingham study confirmed that the friendly fats have a beneficial effect on stroke prevention. Essential fatty acids include alpha-linolenic acid (ALA) found in perilla and flaxseed oils and docosahexaenoic acid (DHA) and eicosapentaenoic acid (EPA) found in cold-water fish oil.

Fish oils reduce inflammation due to their high content of DHA and EPA. Fish oil acts as platelet aggregation inhibitors as well as triglyceride lowering agents”.

“DHA is not only very critical in brain development but also in maintenance of the brain later in life. Don’t forget, the brain is constantly restructured throughout life, even into the extremes of age. Unfortunately, because of food-processing methods and industrial raising of animals as meat sources, most omega-3 fatty acids have been removed from our foods”.

“Fish oil is probably the most important dietary source of omega-3 fatty acids, which are vital nutrients. These fatty acids reduce inflammation, protect against the abnormal clotting associated with heart attacks, inhibit cancer, and protect brain function. There may be other benefits, too: a 1992 study published in the journal Lancet, for example, suggested that omega-3 fatty acids prolong pregnancy by a few days and improve birth weights”.

“The basic building blocks of our brain cells are essential fatty acids such as EPA and DHA from fish oil. These fatty acids are also used as fuel for brain metabolism and help control the chronic inflammatory processes involved in degenerative brain disorders”.

As you can see from the excerpts taken from credible sources for nutritional information, we need both the fatty acids EPA and DHA from a fish oil supplement. Moreover, we need one that is high in EPA in particular with a special EPA, DHA ration. Unfortunately, not many products sold on the market today contain DHA in high levels and in the correct ratio with EPA…

So as you can, this page has outlined some of the most known Omega 3 fish oils benefits that one can achieve from the directed usage of special supplements.

However, it should be noted here that in spite of having so many health advantages, the use of fish oil may also give rise to certain side-effects!

For instance, nausea, rapid heartbeat, nosebleed, and other health ailments may occur in some individuals who tend to use a higher dosage…. Therefore, it is advised that the user must stick to the directions of the supplement label, as well to the consumers doctor while utilizing the Omega-3 fish oil.

Important side note – To get the most out of these Omega 3 fish oil benefits, omega 3 fish oil should be accompanied by an overall healthy baldfaced diet.